DEVELOPING HIGH QUALITY GELATO BOUTIQUES
AND EDUCATING FOR A MORE AWARE, HEALTHY AND INTERCULTURAL GELATO EXPERIENCE
WHAT DOES THE FUTURE TASTE LIKE?
A good recipe is not the only thing you need to succed
CREATE THE PERFECT LABORATORIO DEL GELATO
The true second home of the Gelatiere

Learning the Art of Gelato

The keys strengths of my courses are a teaching method based on real-life situations, the integration of theory with practical experience, exploration of specific case studies, team work and historical and traditional framework and awareness.

Artisan Gelato is not just the product of the art and genius of the Gelatiere (Gelato maker). If you want to build a successful Gelateria you need to consider all aspects of the product, ranging from the choice of raw materials through to consumer satisfaction and customer expectation. If you want to improve the performance of your business, I’m here to help.

If you want to meet me or witness the real Gelato making process, you can find me at lots of shows and trade fairs (or at my Gelateria in Brisbane). Head over to this section to learn more about the Expo I will be attending soon.

Bologna, the city I was born in, is the proud capital of Artisan Gelato not just in Italy, but throughout the world. My passion for Gelato began there, and has always been a part of my life. From the time I was a small child my father would bring home different Gelati for me to try and so, over time, I developed a genuine appreciation for the quality and taste of a truly great Gelato.

I studied at the University of Bologna, the oldest University in the world, graduating with a Masters Degree in Economics and Trade Marketing. After three years experience as a Marketing Specialist for a large company in Italy, and after a six month trip around Australia in 2009, I decided it was time to use my skills and experience to evolve from a Gelato Lover to an international Gelato Master.

The first step of this transformation was to study at GelAteneo in Bologna, the training facility of Iceteam1927 – a premium Italian manufacturing brand of Gelato machinery. The course was taught by one of the greatest Gelato Masters in the world, Giacomo Schiavon, owner of Bologna’s iconic and historically significant ‘La Sorbetteria Castiglione’.

In 2013, with the help of a friend, I opened my very first Gelato parlour on the site of an old butcher’s shop in Bologna. Fittingly, we named it ‘La Macelleria’. In 2014, after learning the realities of running a successful Gelato business, we realised our vision and moved ‘La Macelleria’ to Brisbane, Australia. The store now has a reputation as one of the best Gelato parlours in Australia.

Through Gelato and our dedicated education as Gelato Masters, we were able to move to the country we had dreamed of living in – a country we believed was in great need of an introduction to the True Art of Gelato. I have since become the official Brand Ambassador and Gelato Teacher for Iceteam1927 in Australia and Asia.

I believe in creating delicious, Artisan Gelato using the finest ingredients and a whole lot of passion, and I challenge myself every day to improve and to learn more. Let me help you realise your dreams through my managerial, marketing, and Artisan expertise.

My Gelato courses, traineeships and training programmes are conducted in partnership with Iceteam1927, and are affiliated with their Bologna-based training facility “GelAteneo”. A true passion for Gelato led Iceteam1927 to create one of the best Gelato Schools in Italy, with a key focus on creating the Gelato Masters of the future. Inspired by Iceteam1927’s emphasis on excellence and quality, I am now at the disposal of anyone wanting to learn more about traditional artisan Italian Gelato. Classes are generally conducted at La Macelleria’s Gelato Laboratory in Brisbane (Australia), but I am happy to negotiate running a course at your own facilities.

I believe that intercultural exchange and experience in a different environment helps to build success in business and education, because of the increasingly globalised nature of the industry and the modern demands of the market.

The keys strengths of my courses are a teaching method based on real-life situations, the integration of theory with practical experience, exploration of specific case studies, team work and historical and traditional frameworks and awareness.

Dedicated to those who approach the Gelato world for the first time. This course includes a clear description of all the processes and essential raw materials used in the production of Gelato. No specific knowledge or previous Gelato experience is required. The course takes place over two days, alternating theoretical principles with practical experience in the Lab.

The Art of Gelato making

Learn how to build a successful Gelato business, as well as learning how to balance ingredients and carefully manage a recipe. This course is dedicated to those who have taken the Basic Course and wish to increase their professional knowledge through the analysis and study of raw materials and the processes involved in the manufacture of Gelato.

Learn the intricate details of working with the Vertical Batch Freezer Effe6 and Compacta machines. This is Gelato technique at its best, exploring two different methods: Traditional with Cattabriga Effe6 and combined system with Compacta Coldelite using heat shock process. 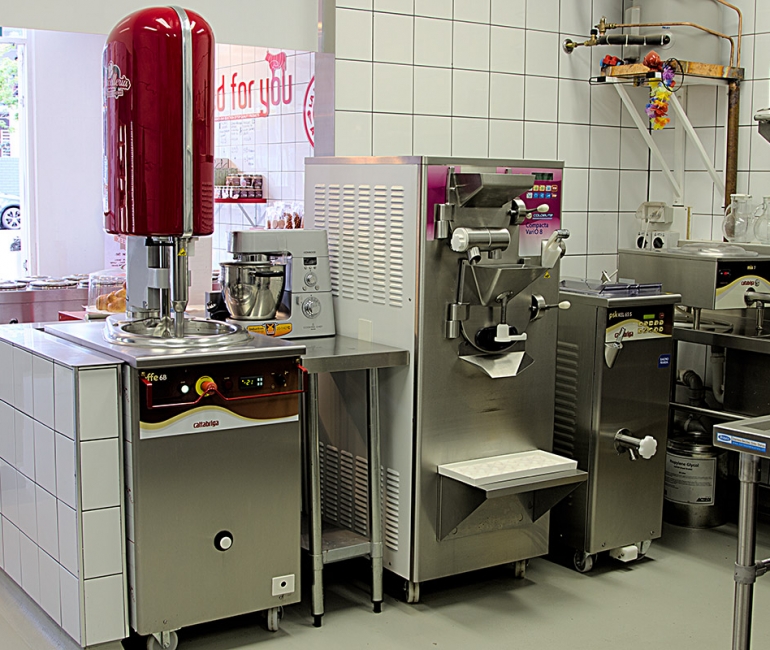 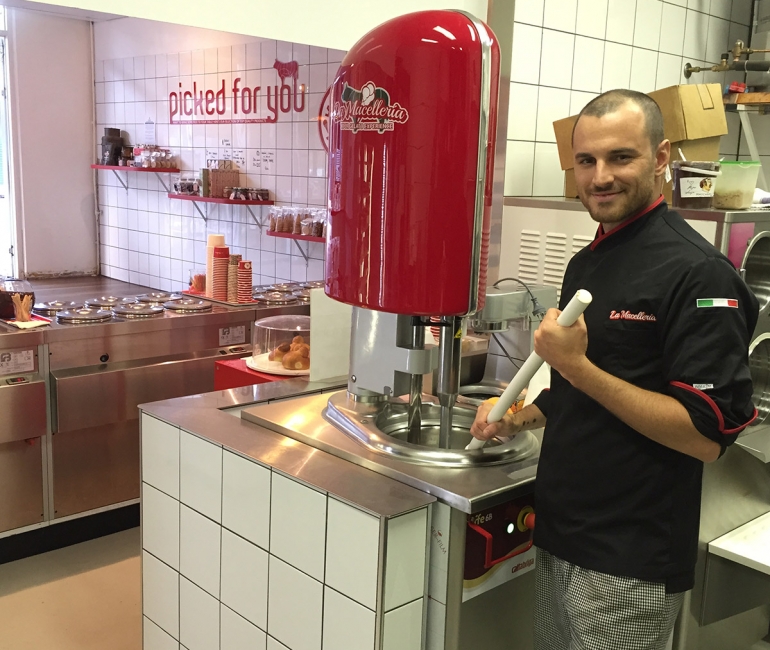 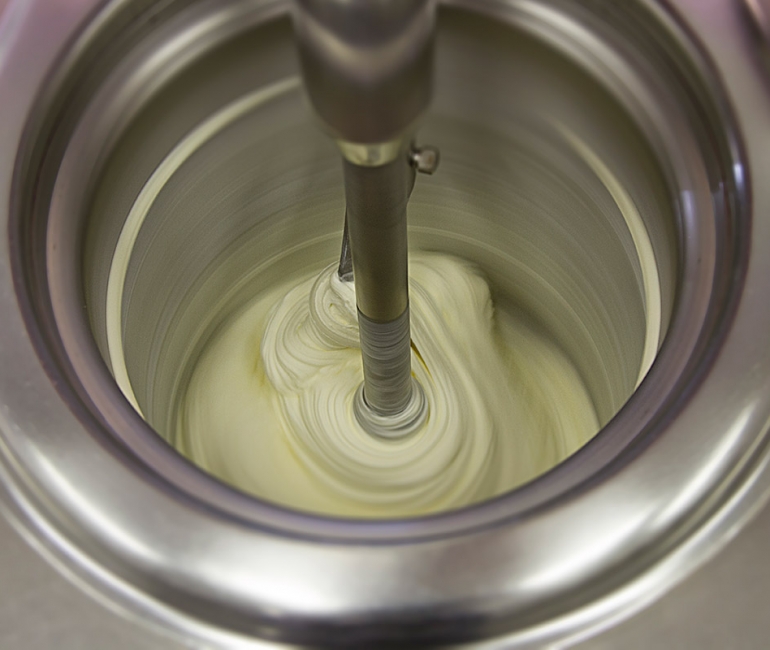 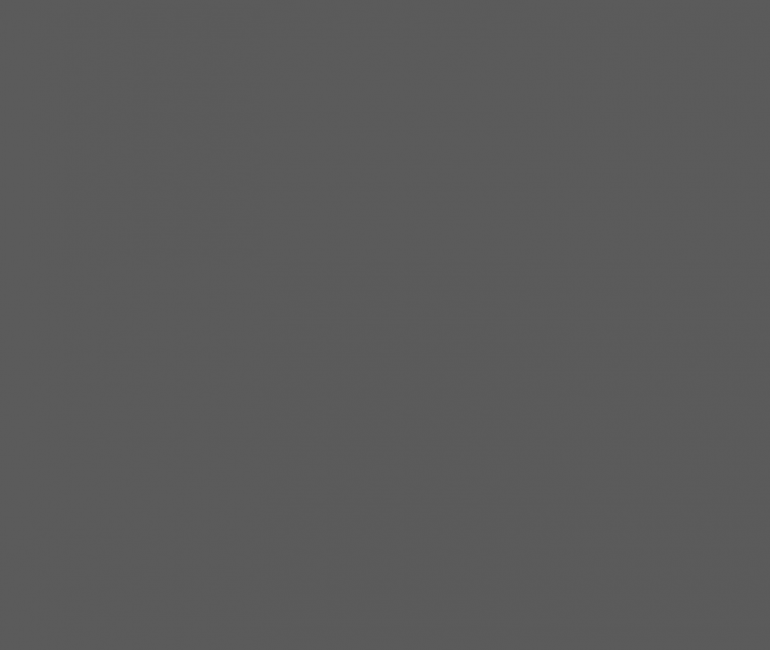 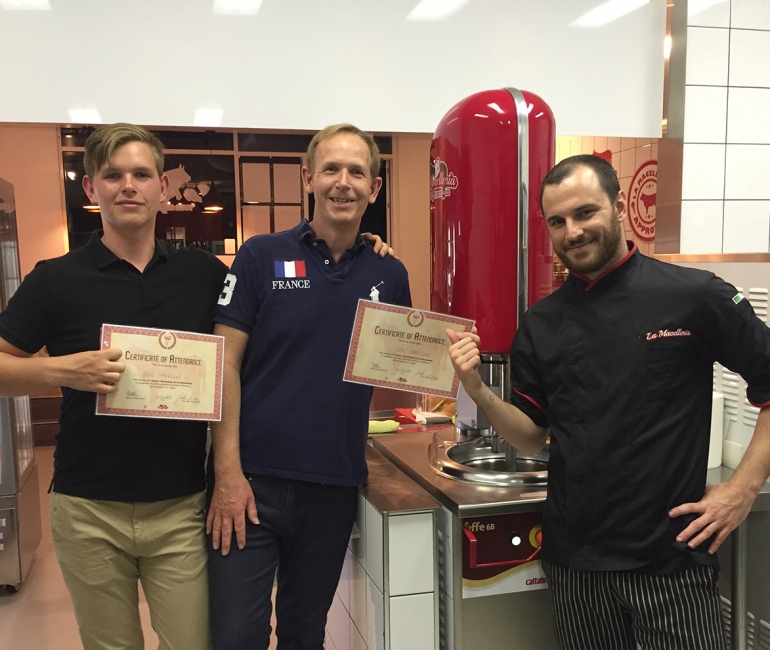 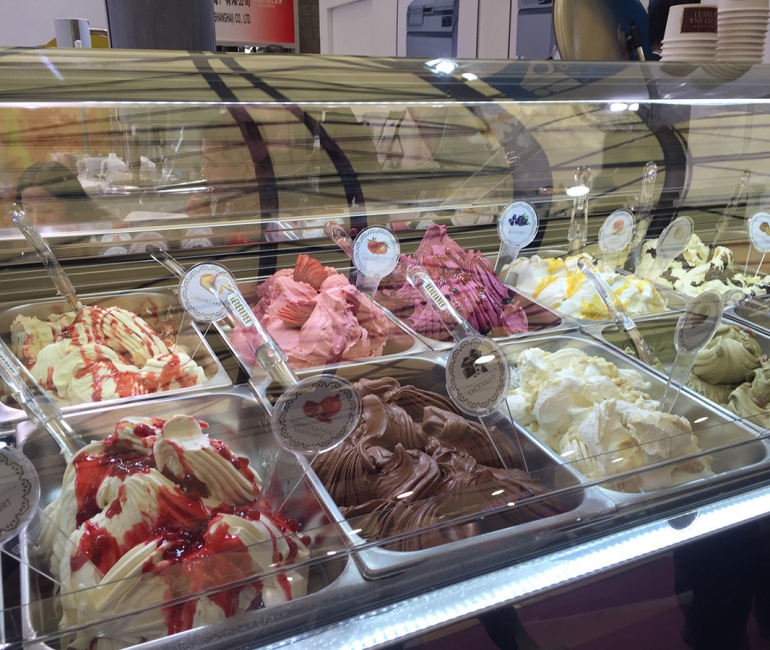 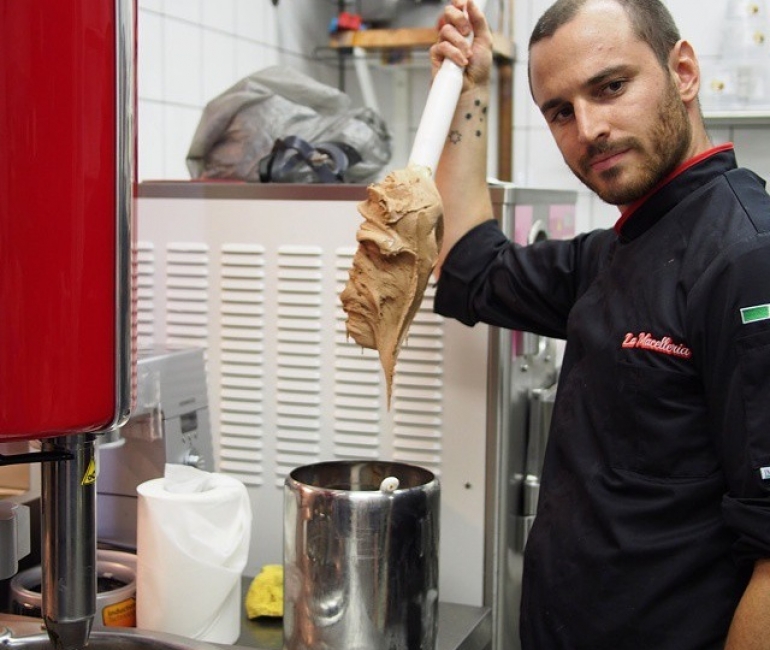 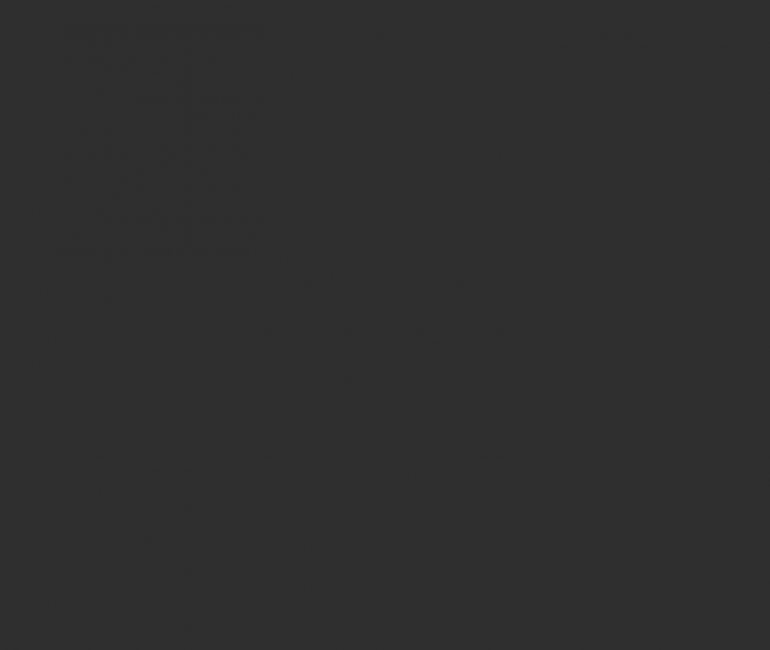 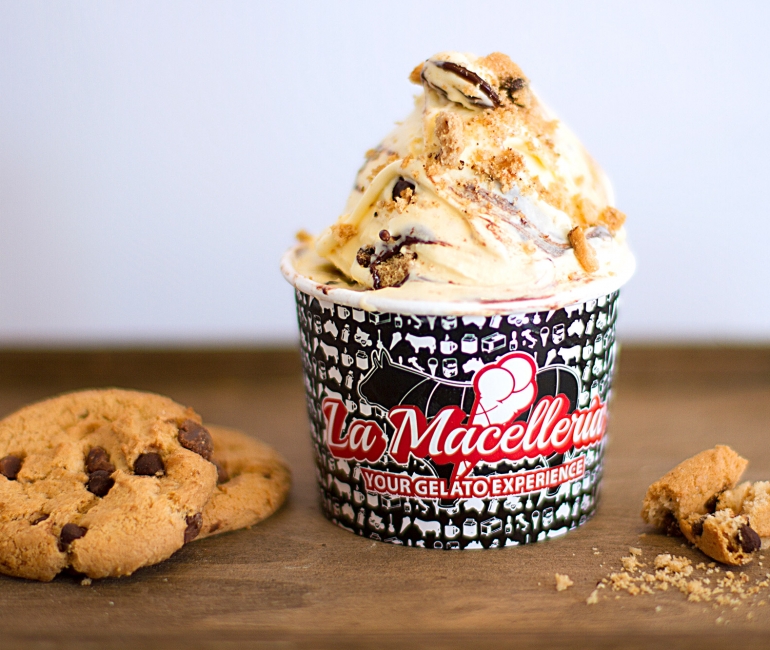 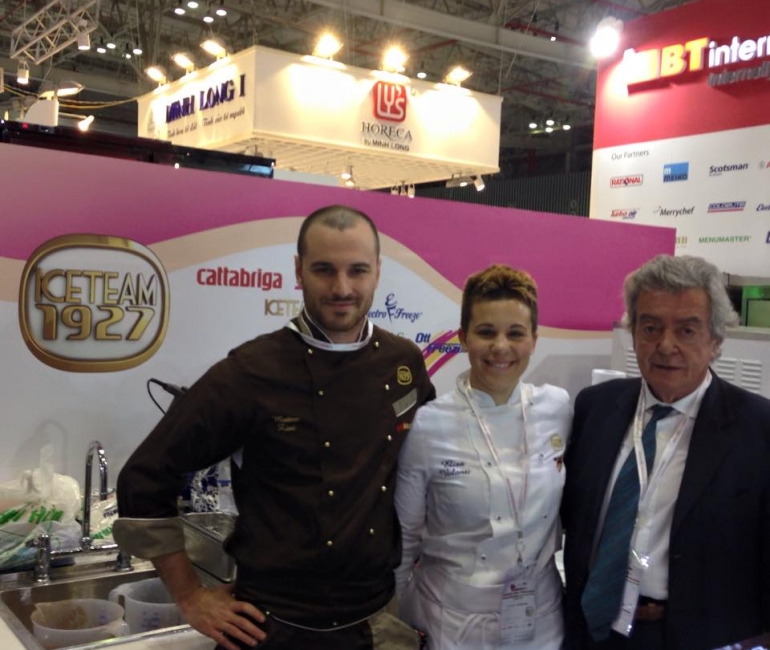 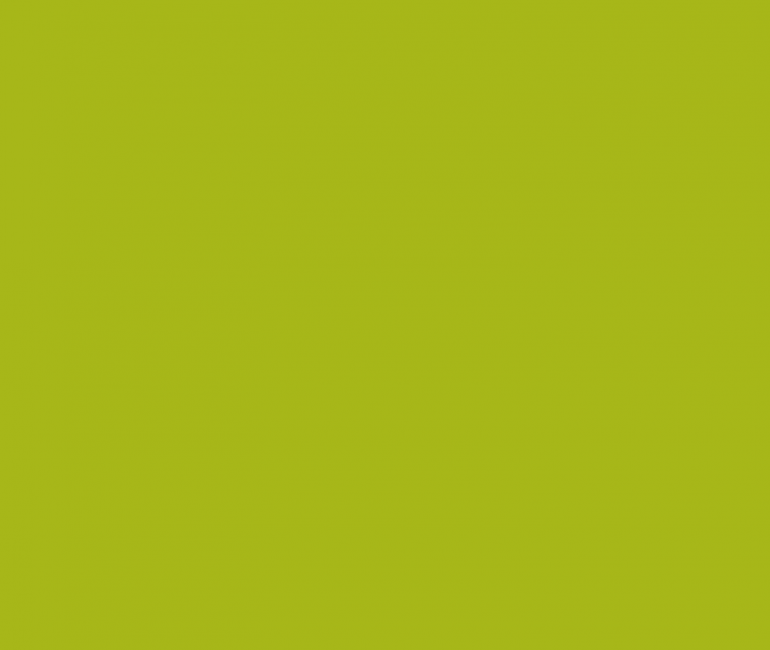 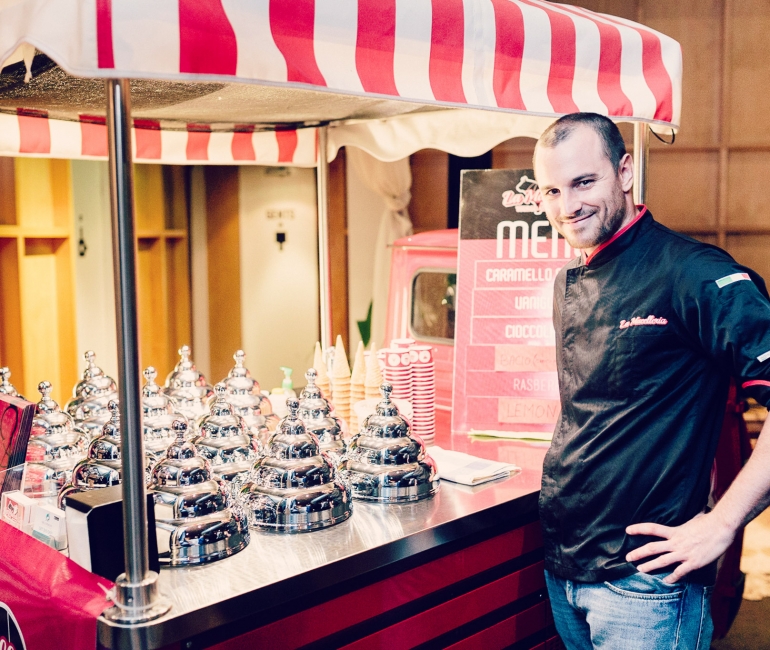 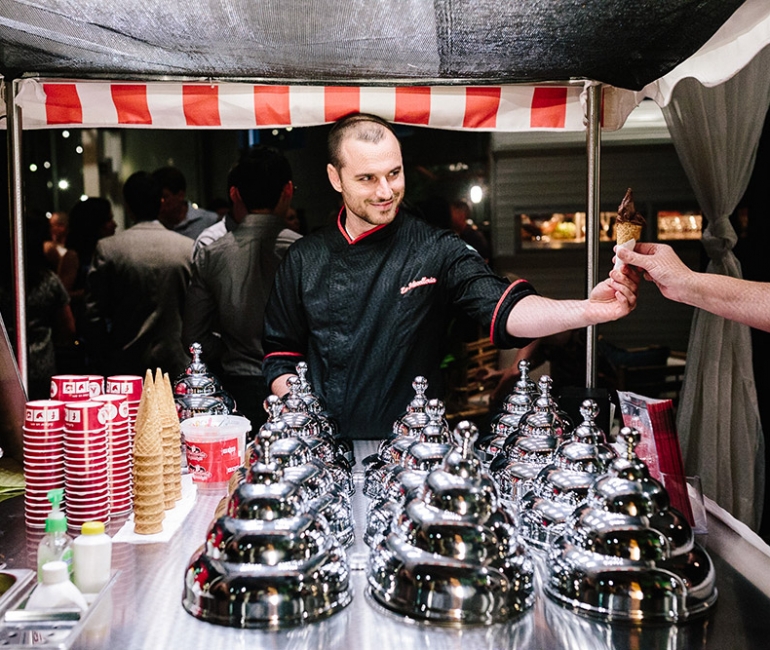 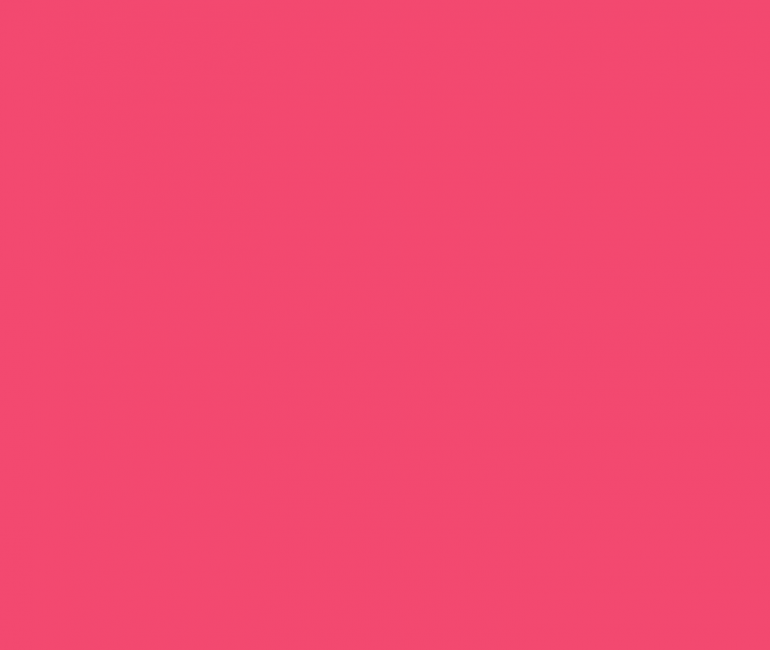 If you want to improve the performance of your business, I can help with:

Artisan Gelato is not just the product of the art and genius of the Gelatiere (Gelato maker).

If you want to build a successful Gelateria you need to consider all aspects of the product, ranging from the choice of raw materials through to consumer satisfaction and customer expectation

• Mission Analysis: Helping to build and define focus for your business. An important step in ensuring 100% customer satisfaction and a unique product.

• Laboratorio del Gelato: It is the Gelato Maker’s second home… “where Gelato happens”. Study of the spaces where production takes place, laboratory layout, and selection of the most appropriate equipment to achieve production targets.

• Display: This is the Gelato’s home. Research and selection of the most appropriate sales display options (pozzetti counter, ventilated showcase, etc.) and creation of the best menu for the specific target market.

• Recipes: They are the representation of the Art of the Gelato Maker. A recipe is an intrinsic factor in success, and so should be personal and unique. I will not give you a standardised recipe book, but will help you to create the Gelato you desire.

• Raw Materials: a very good Gelato must begin with high quality ingredients. For this reason, it is necessary to research and identify local raw materials and semi-finished ingredients required for the Gelatoʼs production in line with quality goals and defined costs.

• Operations: A reference manual for staff regarding the work environment and adherence to the business mission and goals. A special emphasis should always be placed on customer service and satisfaction.

• Training: Theoretical, technical and practical training of all levels of staff.

Trade Fairs
You can meet me at

FEBRUARY 22nd – 25th
25th MACHINERY, MATERIALS, MARKETING OF BAKERY AND CONFECTIONERY SHOW. MOBAC SHOW 2017, the only specialized general exhibition in Japan for the bakery and confectionery industries, is going to be held. The show was held 24 times in the past, being highly rated in Japan and abroad as a business show, in which machinery, equipment, tools, raw materials, and sub-materials necessary for bakery and confectionery industries are exhibited together.

APRIL 25th – 27th
With strong support from the food and hospitality industry from Vietnam and beyond, Food&HotelVietnam is back for the 9th edition. Boasting a wider than ever variety of products and services from hundreds of exhibitors around the world, Food&HotelVietnam2017 is the international trade event serving the Indochina region, particularly Vietnam.

NOVEMBER 14th – 16th
22 years of FHC in China. 20 editions in Shanghai alone. The exhibition of choice for exporters and importers of food and beverages. More International companies and country pavilions than any food exhibition in China. 2,350 food and wine exporters and distributors from 65 countries participated at FHC and ProWine China 2016. Organised by CIE a member of Allworld Exhibitions, responsible for Organisation Asia’s leading food and wine trade exhibitions. 14 shows in 9 Asian countries. 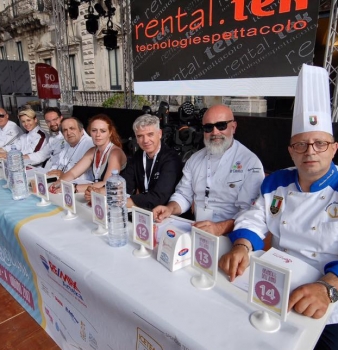 How cool is that? No seriously…a Festival dedicated to Granita?? in Sicily?? Does it really exist or it’s just a dream? Well, it’s true. Nivarata is the Sicilian Artisan Granita [...] 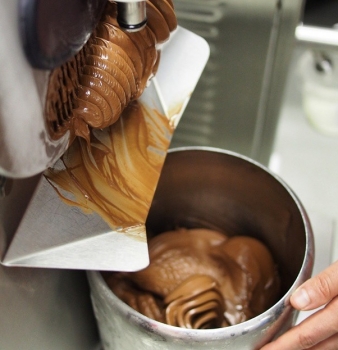 WHO – WHY YOU NEED ‘A PLAYERS’ IN YOUR GELATO BUSINESS: GELATO MAKERS AND HEAD OF PRODUCTION

Here I am again talking about ‘A Players‘ and why you should have them in your team. Following my previous article (http://zinigelato.com/who-why-you-need-a-players/) and analyzing [...] 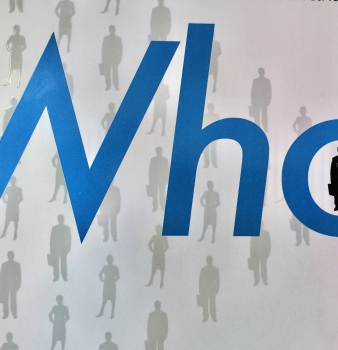 WHO – Why you need ‘A players’ in your Gelato business: Sales Staff at the Counter

I’m reading an interesting book called “Who“, by Geoff Smart and Randy Street, that has inspired me to write a series of articles to answer the question: Why do you need A [...] 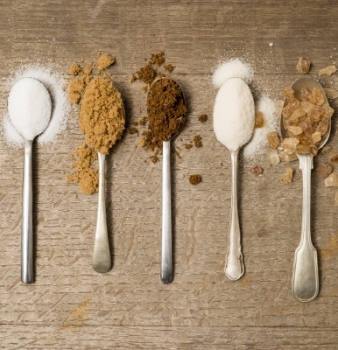 Often customers ask me about “Gelato with no sugar” or “Sugar free Gelato”. Let’s state that: it’s impossible to make Gelato without sugars. It is possible to [...] 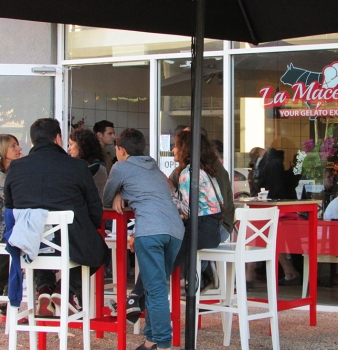 Does your Gelato shop have 1000 true fans? I suggest to read this article by Kevin Kelly “1,000 True Fans” because I think if you only read one article on marketing, make it this one. [...] 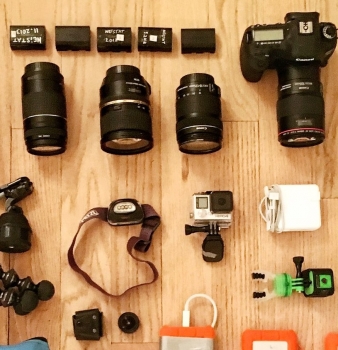 Hey Gelato lovers! Good news (or bad news depending from where you want to see it). I decided to start my Gelato Vlog (video blog). I went to a store last week and I bought my super beginner [...] 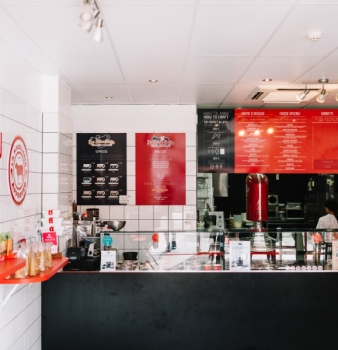 I’ve been recently interviewed by Vogue Australia about Gelato and Ice cream trends in Australia, because in recent years, artisan iced treats have become a talking point, a social occasion [...] 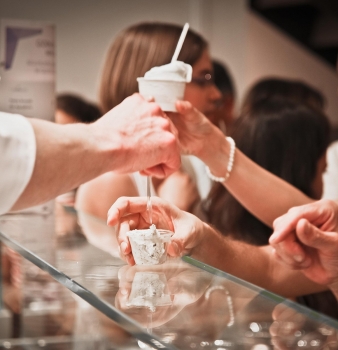 Sensory analysis is playing an increasingly vital role in the food industry for evaluating the characteristics of a product via the sensory organs. In our industry it is very important to know [...] 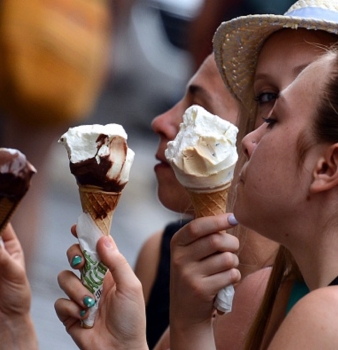 What’s the best Location for your Gelato shop? 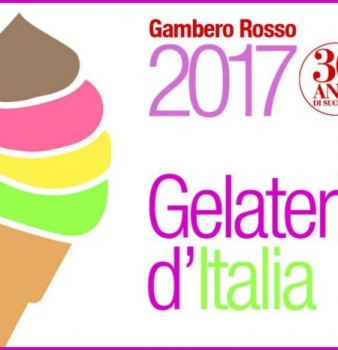 2017 Guide to the Best Gelaterie in Italy

Following my previous article regarding “Real Artisan Gelato” here, on the 23rd January 2017 Gambero Rosso, an Italian food and wine magazine and publishing group founded in 1986, [...] 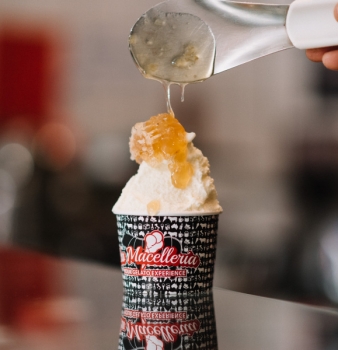 What differentiates really excellent Artisan Gelato from something else

Today I would like to say something in defense of true Artisan Gelato. There has been a big dispute in Italy because real Gelato makers and Chefs are arguing the fact that most of the Gelati [...]

The Evolution of Ice Cream

I will always repeat that: Ice Cream is not Gelato and Gelato is not Ice Cream. They simply are two different categories among the ‘Frozen Desserts’. I consider Gelato an Artisan [...]

For any enquiries or questions regarding the Gelato business or for further information regarding courses and consultancy services, feel free to fill the form below. I will be back to you in minutes.
Also, you can reach me anytime at

We're not around right now. But you can send us an email and we'll get back to you, asap.